Today Sarona Center is one of the most popular entertainment districts in Tel Aviv. It is home to Tel Aviv’s  ”Little Italy,” featuring the trendy Jajo Bar nightlife hangout, chef restaurants Claro and Branja, Burger 110 (110 grams beef burger in 110 seconds) and several patisseries and cafes. A massive open-air food market is also slated to open in summer 2015.

The area is also host to a lively fashion scene with stores by international brands like Diesel, Tommy Hilfiger, G-Star Raw, Fred Perry and others, alongside Israeli designers like Razili, Gal Halfon and coupleof.

However, 140 years ago this area was a Christian village populated by German Templers who decided to come to the Holy Land at the end of the 19th century in order to promote the second coming of Christ. They introduced their new methods of agriculture to the people of Israel, planted orchards and vineyards and brought a new aspect of “agriculture for profit” that wasn’t familiar to the locals.

In 1917, during the British occupation, the village was taken over and turned into a military base for the Brits. After the establishment of the state of Israel in 1948, these buildings were used as the new government offices and the area was named “Hakirya”. In the 1970’s the former Sarona settlement and its architecture were declared a place of heritage value and in 2003, Tel Aviv municipality started its extensive project of restoration and preservation of the area.

Over 30 buildings were restored in order to form a new Sarona cultural and commerce center aimed at combining the areas historic heritage with the modern vibe of the city.

The impressive buildings still maintain the Templers’ architecture, offering a glimpse to their unconventional lifestyle.

Read more about the Sarona Center 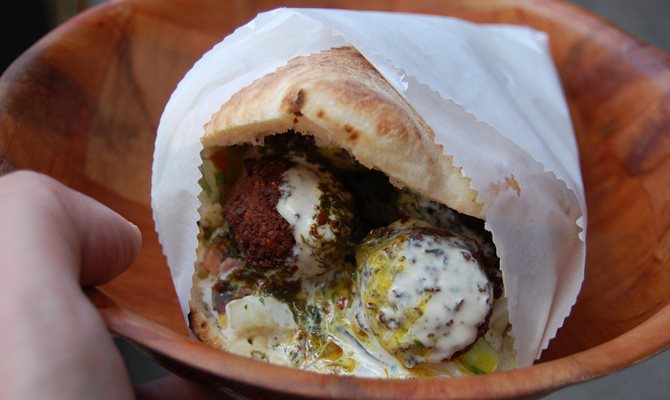